If you’re ready to learn to create leather armor independently, you’ve come to the right community. Following, is a step by step tutorial on how to make Leather Elbow Bracers or, “arm armor.” 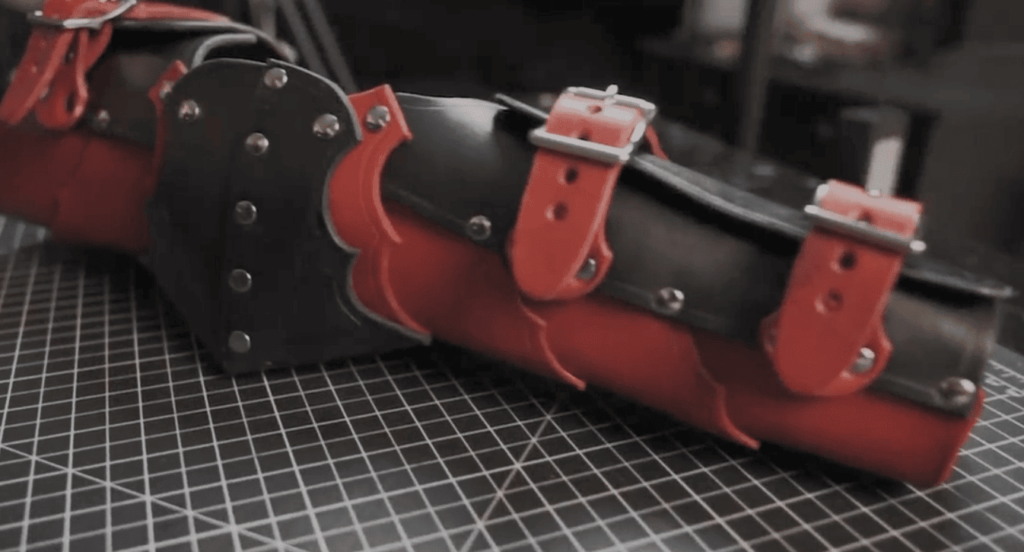 Let’s make a fantasy armor for your arms!

First step will be cutting out the print outs that were taken out as a tiled print and after that cut the patterns.

Then trace the cutout patterns on the leather using a fine point marker.

Then cut out the manageable size using a box cutter and with a tool of choice cut out the patterns. 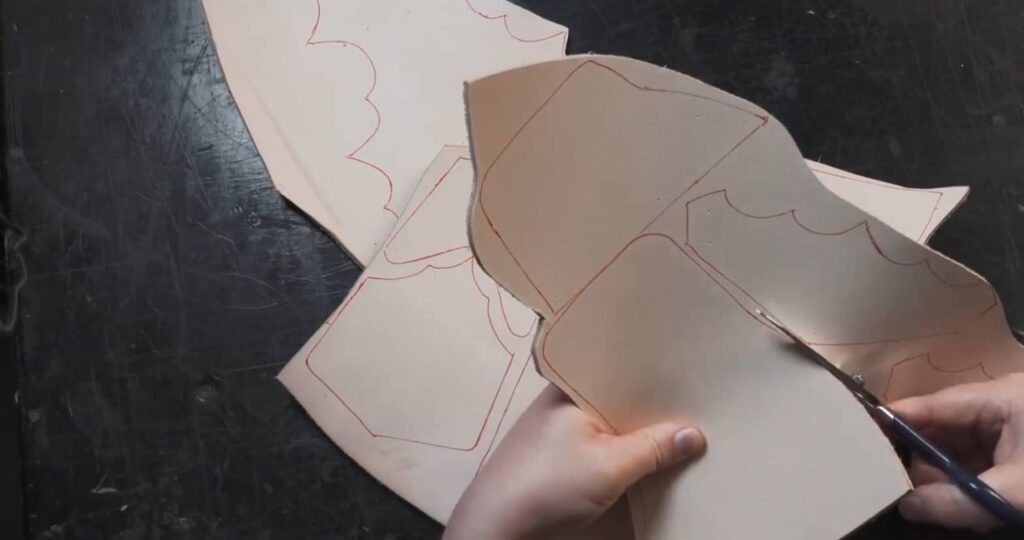 For the other patterns use a ballpoint pen and transfer them to the leather. 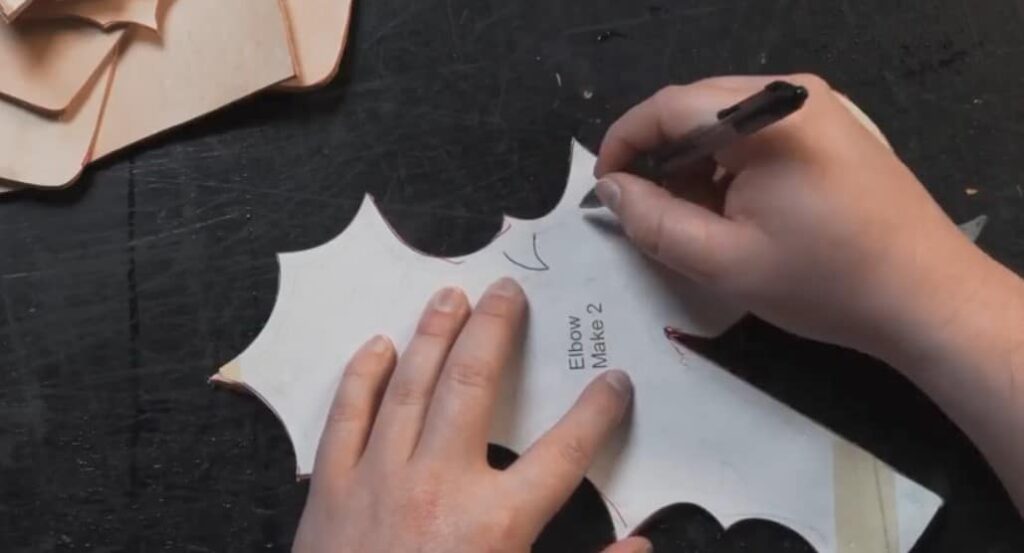 Using the swivel knife cut out the other transfer patterns.

The damp the leather a bit and then using a Weaver’s edgers bevel the leather on both sides. After that burnish the edges slightly with a hand slicker.

Then punch the holes, medium size for rivets and larger size for Chicago screws.

Adding a slight crease along the center ridges of the pieces, simply moisten the leather and hammered the piece along the fold to compress the bother slightly and for the points of the elbow guard I’m giving them a slight pinch for a little extra shape.

Then using a color of your choice start applying the die to the leather using a high density sponge to apply 2 or 3 coats.

Then apply super sheen on both sides as well. 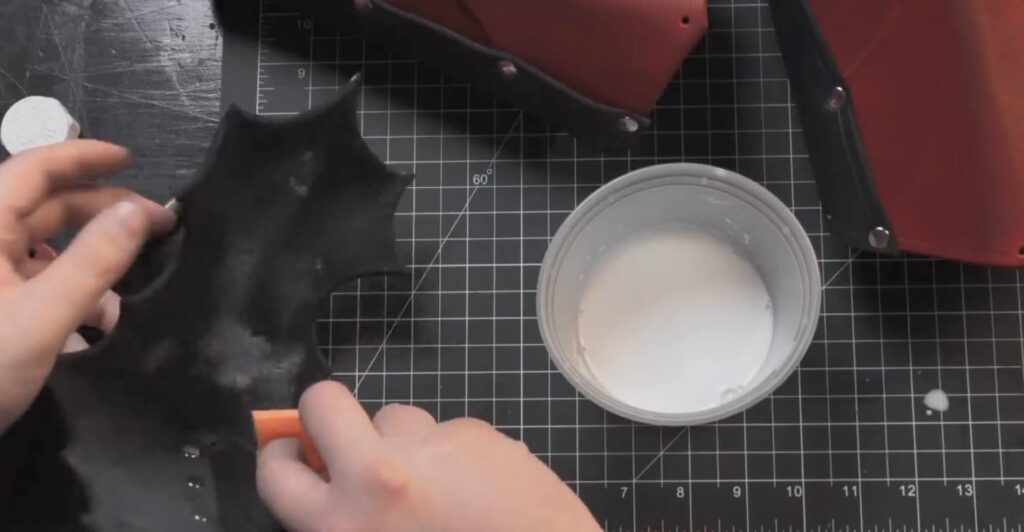 Then rivets the screws and Chicago screws to the areas where there is a functional joints.

Then using basic one inch straps for one inch buckles. Assemble the buckles. 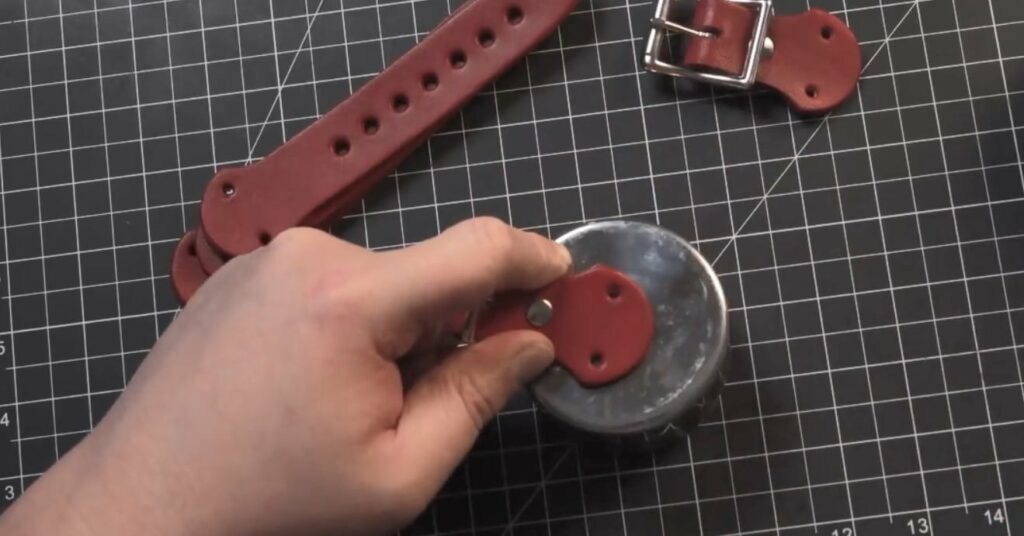 Then mark the buckle placements accordingly in the leather and make the holes as suitable. And rivet them with the help of the double cap rivets. 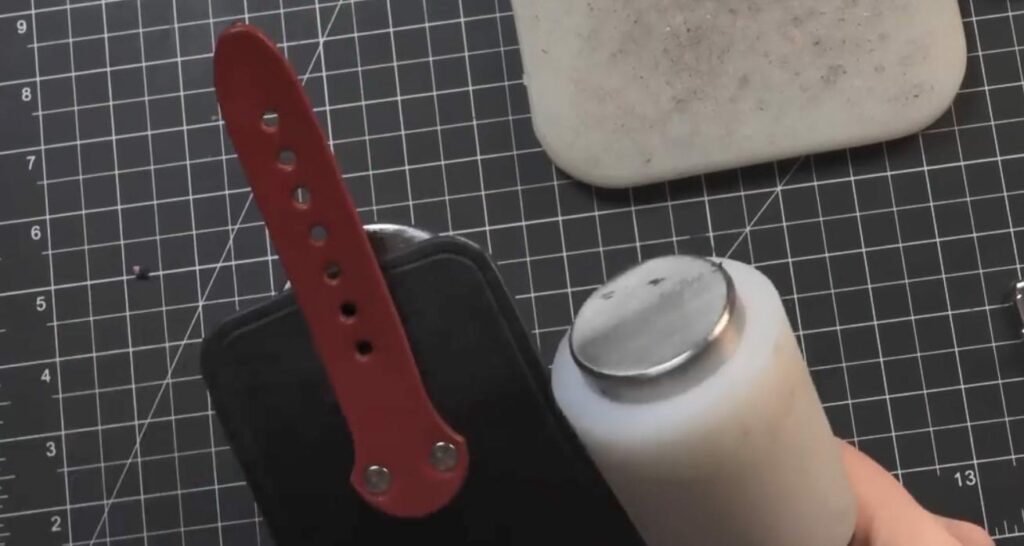 Add a narrow strip of leather as a retaining strap connecting the inner elbow pieces. 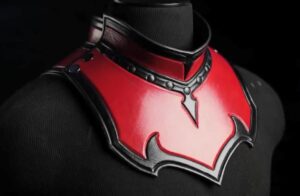 May 11, 2021 / 22 / 0
Let’s make a gorget to match the breast plates and make things cooler. First print the patterns using the tile page option and cut them... Continue reading